Nigel Sutherland is proof that the digital revolution means you can live on a beautiful Scottish island and have a global career.

As a freelance illustrator and cartoonist, most of his work was online so his move to Bute 15 years ago satisfied his lifestyle needs and didn’t affect his work.

He went on to develop a second business creating tours of the Philippines, when he spotted untapped potential, after visiting with his partner. Realising that it was under-represented in the travel industry, he gained the necessary industry accreditations, set up a website and now advertises to customers world-wide.

But why choose Bute? Nigel explains “After my children left home. I thought about moving, from the West Midlands, for quite a while. There used to be an annual cartoonists convention in Ayr, which I attended, and one year I decided to extend my stay and go to investigate this island called “Bute”, that I’d found on the map. Of course I’d heard of islands such as Arran and Skye, but Bute was a mystery to me. It didn’t seem to have the same famous profile. I wanted to learn more.

“The low cost of property, and the ease of accessibility was great. In fact, getting to Bute is even easier now than it was when I first came over, with the regular trains from Glasgow, and the hourly modern ferries. Having an international airport on the doorstep is a bonus. So easy for me to take the daily flight with Emirates from Glasgow to Dubai, and then on to Manila, for example!”

When not running his two businesses, life on Bute allows Nigel to wind down and relax. He says: “I am interested in wildlife, particularly birds, and there is plenty to appreciate on Bute. I love to sit at the window and watch the gannets diving – quite a spectacle sometimes. I also enjoy walking some of the footpaths, particularly in the more remote spots such as Dunagoil, St Blanes, and Rhubodach.”

Nigel views Bute, with its beauty, ease of access and welcoming communities, as the best of both worlds. He’s set up a website and Facebook page promoting the island and is backing the Choose Bute. Love Bute. campaign. He says: “Any initiative which spreads the word about the positives of being based on Bute is most welcome. The profile needs to be raised. Rothesay is a Royal Borough – that in itself is a good starting point. Having additional attractions such as a number of lovely wide open beaches, plus historic buildings such as the castle, St Blanes, and Mount Stuart, are extra cherries on the cake.” 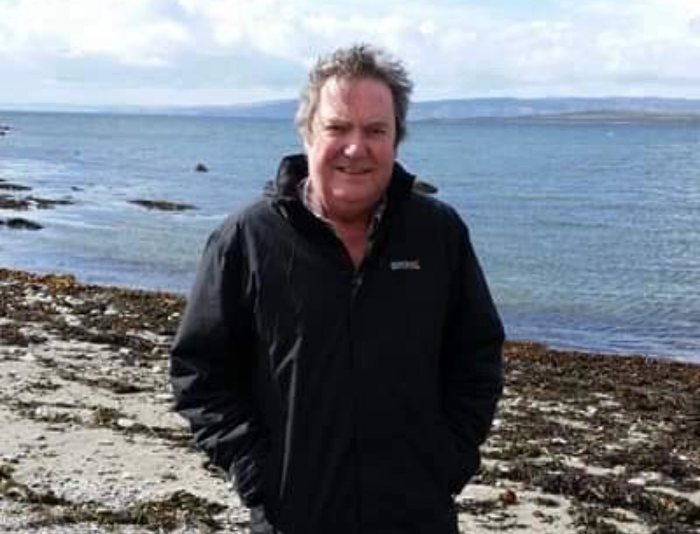 The low cost of property, and the ease of accessibility was great. Having an international airport on the doorstep is a bonus.”

Previous
Back to meet our people
Next

There are always a wide range of jobs on offer in Argyll and Bute with both with local businesses and public sector employers. From Helensburgh to Campbeltown, or Mull to Tiree, different professions find a home here.

We’ll share a selection of them here and then signpost to other sites where you can find more vacancies. Police Scotland, NHS Scotland, housing associations, and education providers as well as local job sites.